Compiled during the reign of Mansur, the second. Abbasid Caliph, Muwatta’ of Imam Malik is regarded as the most authentic book on Hadith. Imam Malik passed his entire life in Medina and, therefore, had direct access to the most reliable authorities on Hadith because most of the leading companions and their successors live and died there and narrated traditions. The Muwatta’ is based on the traditions narrated by them and juristic verdicts given by them, and thus it deals only with such ahadith as have a bearing on juristic verdicts.

Al-Muwatta’ is one of the great books of Islam which includes a number of marfoo’ ahaadeeth and mawqoof reports from the Sahaabah, Taabi’een and those who came after them. It also includes many rulings and fatwas of the author.
The Muwatta’ is so called because its author made it easy (watta’a) for the people in the sense that he made it easily accessible to them.

It was narrated that Imam Maalik said: I showed this book of mine to seventy of the fuqaha’ of Madeenah, and all of them agreed with me (waata’ani) on it, so I called it al-Muwatta’.

The reason why it was compiled: Ibn ‘Abd al-Barr (may Allaah have mercy on him) stated in al-Istidhkaar(1/168) that Abu Ja’far al-Mansoor said to Imam Maalik: “O Maalik, make a book for the people that I can make them follow, for there is no one today who is more knowledgeable than you.” Imam Maalik responded to his request, but he refused to force all the people to adhere to it.

Imam Maalik read the Muwatta’ to people for forty years, adding to it, taking away from it and improving it. So his students heard it from him or read it to him during that time. So the reports in al-Muwatta’ are many and varied because of what the Imam did of editing his book. Some of his students narrated from him before it was edited, some during the process, and some at the end of his life. Some of them transmitted it in full whilst others narrated part of it. So a number of transmissions of the Muwatta’ became well known

The conditions that Imam Malik followed in his book are among the most reliable and strongest of conditions. He followed a method of erring on the side of caution and choosing only sound reports. Imam Al-Shafi’i (may Allaah have mercy on him) said: There is nothing on earth after the Book of Allah that is more correct that the Muwatta’ of Maalik ibn Anas.

It was narrated that al-Rabee’ said: I heard al-Shafi’i say: If Malik was uncertain about a hadeeth he would reject it altogether.

Sufyaan ibn ‘Uyaynah said: May Allah have mercy on Malik, how strict he was in his evaluation of men (narrators of hadeeth).
Al-Istidhkaar (1/166); al-Tamheed (1/68)

Hence you will find that many of the isnaads of Imam Malik are of the highest standard of saheeh. Because of this, the two Shaykhs al-Bukhaari and Muslim narrated most of his ahaadeeth in their books.

In compiling his book, Imam Malik followed the method of compilation that was common during his time, so he mixed the hadeeths with the words of the Sahabah and Taabi’een and fiqhi opinions. The reports of the Sahabah number 613 and the reports of the Taabi’een number 285. In one chapter the marfoo’ ahaadeeth appear first, and are followed by the reports of the Sahaabah and Taabi’een, and sometimes he mentions the actions of the people of Madeenah, so his book is a book of fiqh and hadeeth at the same time, it is not just a book of reports only. Hence you will find that some chapters have no reports, rather they contain the views of the fuqaha’ and the actions and ijtihaad of the people of Madeenah. An example of that is the chapter on produce on which no zakaah is due, and the chapter on the fast of one who kills another by mistake, and so on. 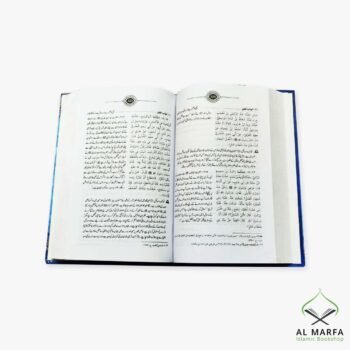 SALAM, SIGN UP AND CONNECT TO AL MARFA BOOKSHOP!

Start typing to see products you are looking for.
Home
Shop
0 Wishlist
My account