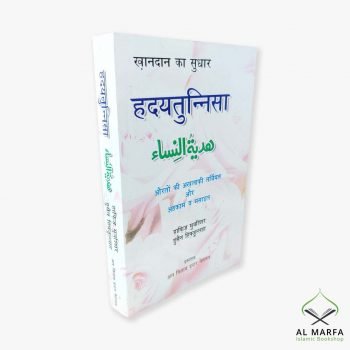 Hadiyat-Un-Nisa in Hindi ₹300.00
Back to products
Next product The study of human history shows that woman has always been a victim of extremism. In some places she was treated worse than animals and in other places she was raised higher than men, but Islam has established a very balanced view regarding the status and rights and duties of women. That is why as long as Islam is upheld and Muslim societies practice Islamic teachings, women have never complained of disenfranchisement. It has not happened that women have formed NGOs for their rights or protested against men. Because the need for these things can never be felt by following the teachings of Islam regarding the rights and duties of women. In the Western world, women have always been the victims of oppression, and for the last two decades, the response has been that women are now recognized as equal partners with men in every field. Instead of doing, men are considered. Instead of raising children at home and taking care of the house, they are also being entrusted with matters contrary to their nature. The woman has now been taken to another extreme and the consequences of this are being ignored. And not walking side by side with men hinders social development. Then there are the objections being raised against Islam that Islam has degraded women. They have been deprived of their freedom by being confined within the walls of the house. By subjugating them to men, their rights have been destroyed. They are called human beings in comparison to men. They have been oppressed by giving them half the status of men everywhere, inheriting oppression and martyrdom, and so on and so forth.

Some of our modernists, intimidated by Western civilization, instead of understanding the weakness of the Western view, are saying yes to the second and misrepresenting Islam in an apologetic manner. In this context, there was a need to compile a book that discusses the life of a woman from an Islamic point of view and presents the Islamic rulings on women’s rights and duties in a contemporary context and among Muslim women. Even the shortcomings that have been created can be rectified. The book under review is an attempt to fulfill this need. In it, all the important and necessary things related to women

The rules and issues have been presented in the light of Qur’an and Sunnah in a very general way. Now You Are A Mother The Great Women Of Islam 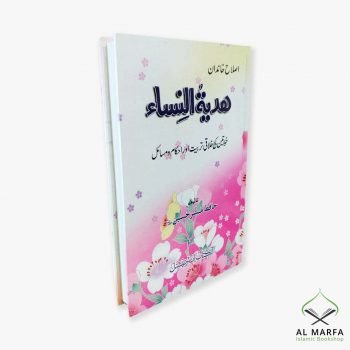